Where did Ethiopia’s Orthodox story begin? 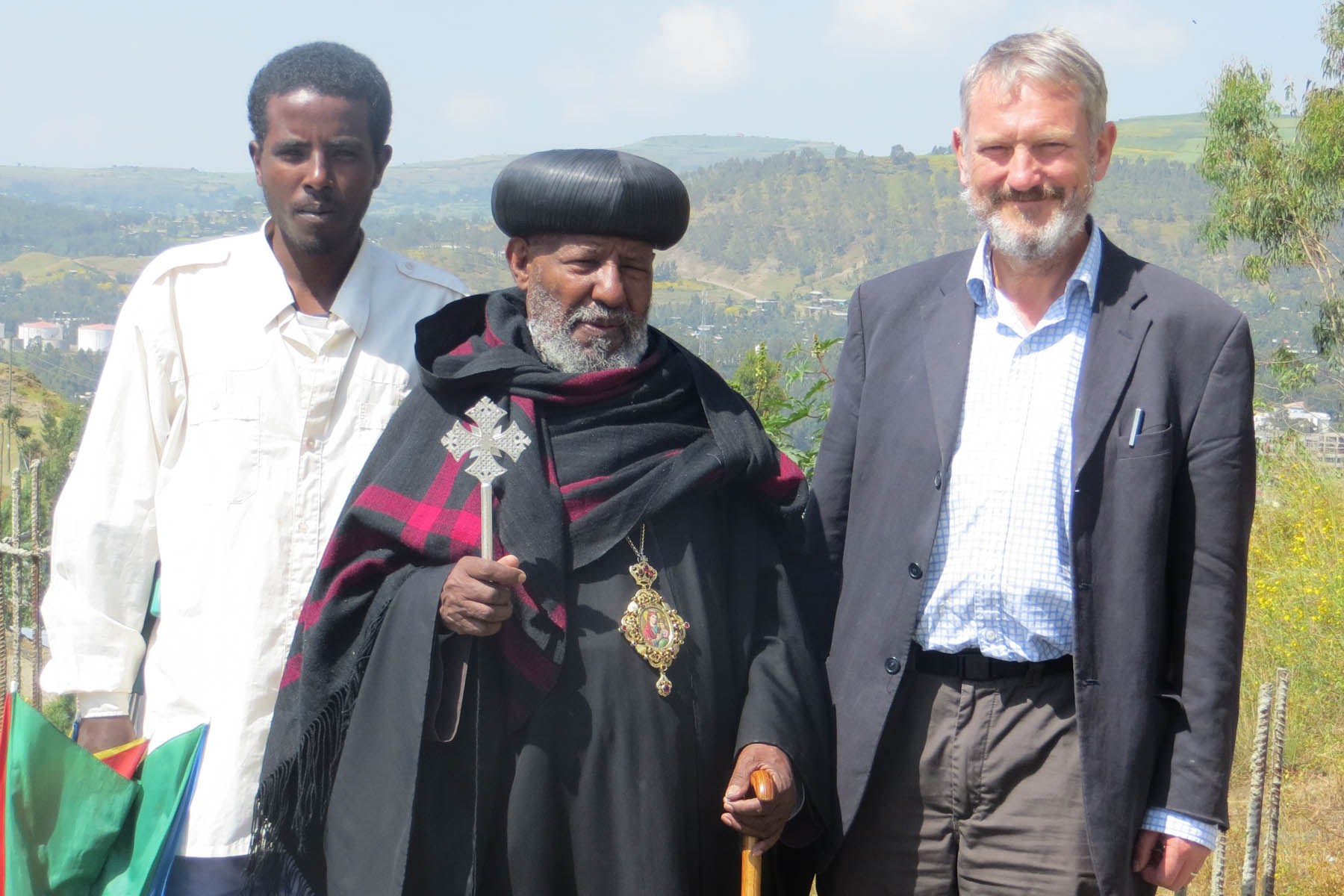 “It was a sunny day – as it usually is in Addis Ababa – and I was in the Patriarchate talking to one of the clergy.  ‘What you have to remember about our Ethiopian Orthodox Church’ he told me ‘is that it is very old. It was founded many centuries before the birth of Christ’.  That comment is not as odd as it sounds.  He was thinking of Solomon and the traditions that Menelik the son of Solomon brought the Ark of the Covenant to Ethiopia.  He was reminding me that the roots of Christianity in this mountainous part of Africa go back to the very beginnings of the Christian story.

My journey with Wind Sand & Stars in January 2016 will introduce some of the extraordinary riches of this ancient culture – with its faithful keeping of the Old Testament; its tradition of theology memorised and passed down without books from generation to generation; its churches carved out of rock rather than constructed with stone; its thousand monasteries around the country.  Once you have been to Ethiopia you will never again make the assumption that Christianity is a western faith or that our way of believing is the only way.  I found my thinking completely changed by my visits – and I’m sure it will have an effect on those who join in this journey.”

Canon Dr John Binns is Vicar of Great St Mary’s University Church, Cambridge. He is an authority on eastern Christianity with a particular interest in Ethiopia’s Orthodox Church. We are delighted that John will be guest speaker on our journey Exploring Ethiopia’s Orthodox History, departing 11th January 2016.