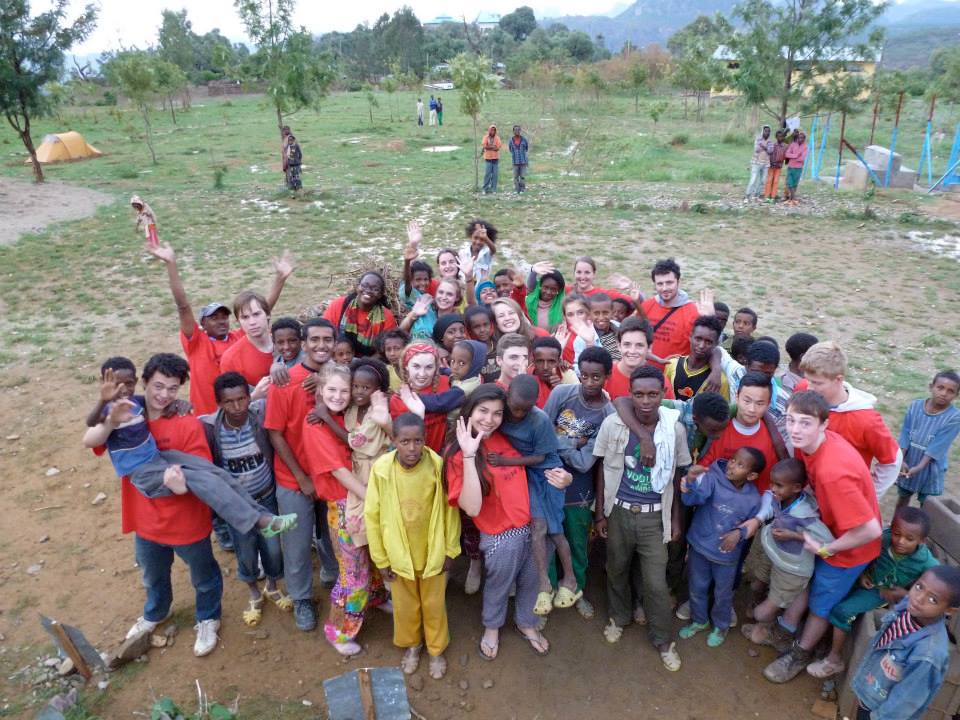 Open arms and beaming smiles welcomed us once again to the small, remote community of Mydearo School in the Tigray region in Ethiopia’s far north. Eighteen students from Gordonstoun arrived to a memorable welcoming ceremony, before going about making the school their home for the next seven days.

The students worked incredibly hard alongside a team of local skilled labourers to transform classroom floors from rubble to a smooth concrete finish, plaster the inside and outside of the library and paint it, erect a security fence around the water station and tidy up the base of the flagpole. Welding of broken desks and chairs also took place.

As the week progressed the language barrier gradually faded away and the students and locals built a good rapport through much laughter, gesturing and pointing to get the job done. Many tonnes of cement, sand and gravel were moved by hand, mixed by hand and laid by hand. It was a huge effort by all involved which resulted in a much improved educational environment for the pupils of Mydearo School.

We have posted some images of the team in action on our Wind Sand & Stars facebook page. You can also read a vivid account of the project by two team members, Verity Harrison and Lexi Milligan, on the Gordonstoun School website.