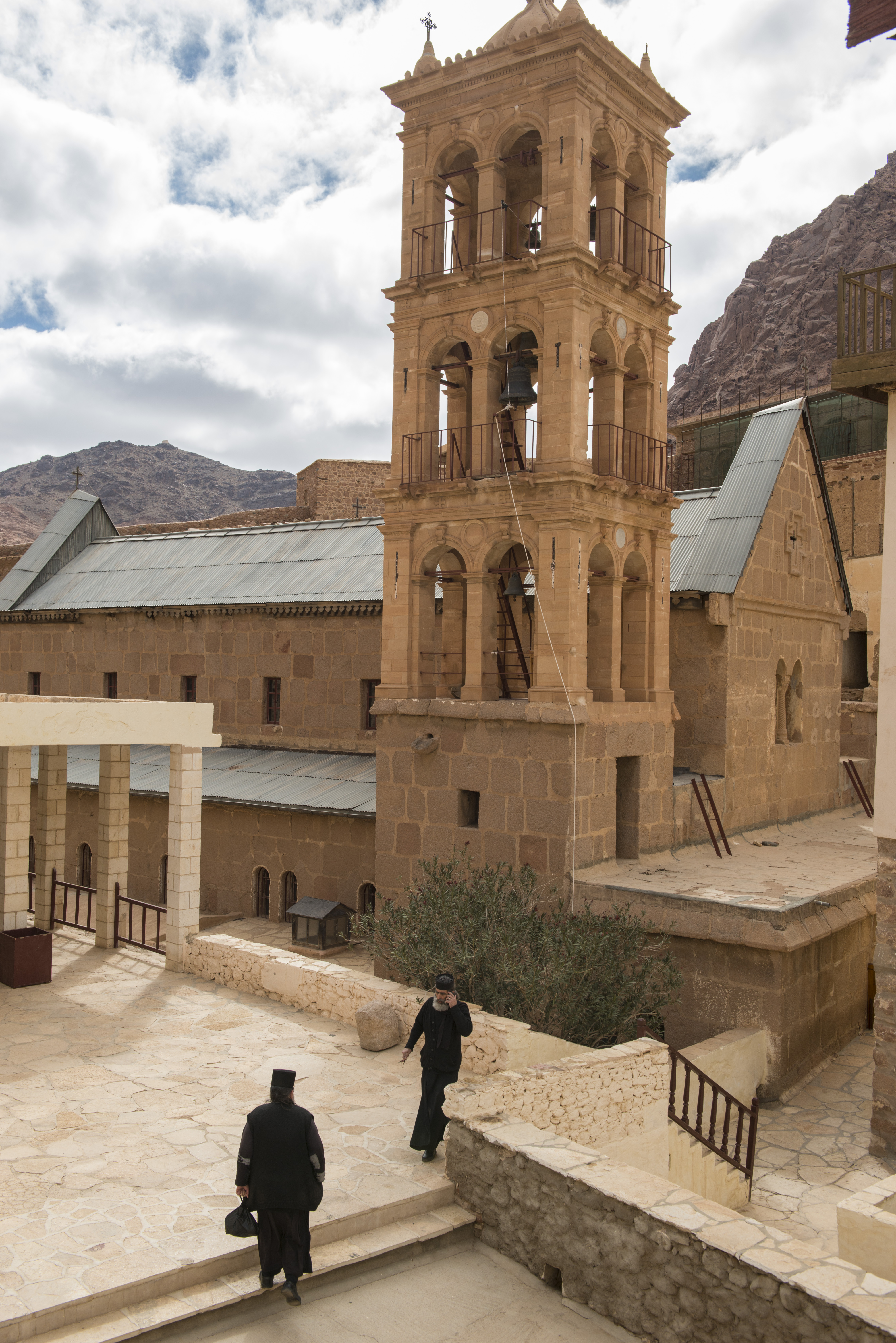 Cheering news from an otherwise tense Sinai peninsula: St Catherine’s Monastery, closed to visitors by the Egyptian authorities since August, has reopened. This ancient house is home to a couple of dozen Greek Orthodox monks and mainstay of the Jabilaya (mountain) Bedouin, whose lives have been interwoven with those of the monks for more than 1,600 years. Alongside the monks they tend the vines, bake holy bread (which they share), man bookshops and build walls. They do a brisk trade catering for visitors who wish to ascend the ”God-trodden” mountain where Moses is said to have received the Commandments. This relation of monk and Bedouin antedates Muhammad — the Jabaliya descend from Christian families sent by Emperor Justinian from Alexandria and the Balkans in the mid-6th century to help the monks to build the present monastic buildings. After the rise of Islam these families became Muslim, with no apparent damage to their relations with the monks.

Click on the link below to read the full article published in The Times on 12th October 2013, written by Janet Soskice, Professor of Philosophical Theology, University of Cambridge, and a guest speaker for the Wind Sand & Stars Historical Odyssey to South Sinai.

A mountain retreat handy for prayer and a challenge | The Times