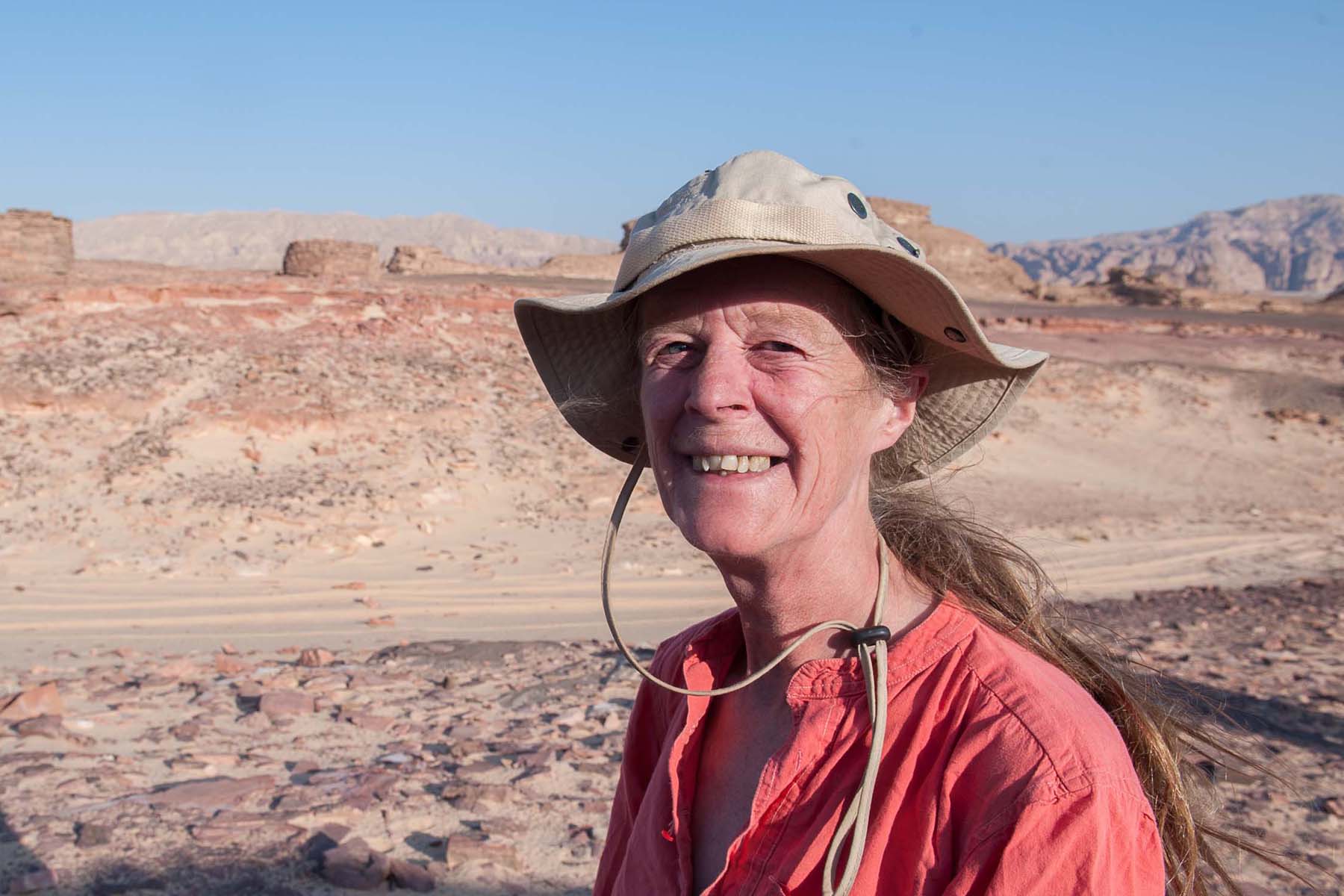 Thank you to Sara Maitland, our guest speaker on the  Adventure into Silence, for sharing her recent column in The Tablet, published in November 2014:

C.S.Lewis comments that cowardice is one sin that offers no pleasure, no compensation – unlike, for instance, gluttony. Being afraid and letting that fear control you is generally pretty horrid.  This is possibly why making other people fearful or anxious has a certain nasty delight to it.

I am recently back from a two week visit to Egypt. The first week I spent, as I do each year, in the numinously beautiful South Sinai desert exploring silence with a wonderfully assorted group of like-minded campers, sleeping on the white sand under the red-gold water-carved cliffs and waking to watch the stars wheel silently across the black skies. The second week I crossed the (brilliantly blue) Red Sea to visit the cradle of monasticism and follow St. Anthony’s legendary walk through the savage limestone mountain desert from his monastery to what has become St. Paul’s monastery. Coptic monasticism is flourishing; the monks were gentle and welcoming and patently holy; I wept in St. Anthony’s cave and felt re-committed to his “joyful determination” to make a life of silence.  It was all very beautiful.

But there was, for me, an undercurrent of sadness and concern about the growing poverty and unemployment in Egypt, because tourism has collapsed since the political upheavals of 2011. Much of Egypt, including South Sinai and the Red Sea coast, is heavily dependent on the tourist industry and overall revenue has fallen by over 50% in the last three years. An Egyptian friend, a graduate and skilled desert guide with a young family, has been made redundant, his colleague is leaving Egypt to find work; the Bedouin are suffering.

Tourism has collapsed because the region is supposed to be “too dangerous.” Every person in the group I was with had been told – often in dire terms – that they should not travel there.  There was something almost gleeful in the admonitions of my acquaintances, as though undermining someone else’s confidence was rather good fun. They were also shockingly ill-informed. One friend insisted that El-Arish, where a bomb did indeed kill 30 soldiers last month, is in South Sinai: it is a port on the Mediterranean so could hardly be further north if it tried. One of my fellow travellers had been terrified by a grim insistence that hostage taking was “rife”: in March 2013 five foreign nationals were kidnapped in two separate incidents by local Bedouin; all of them were released unharmed. Rife? In February this year three South Korean tourists and their driver were killed in an attack on a bus in Taba. Taba is indeed in South Sinai and it was a horrible and vicious attack, but Taba is on the Israeli border; we were not planning to go anywhere near the Israeli border. No one urges their friends not to run in the London Marathon because the Boston Marathon was bombed in 2013.

Look. I do not believe I am reckless; I am not recommending Kobane as a honey-moon destination this month, nor northern Liberia as a health spa. If you feel South Sinai or the Red Sea Mountains or anywhere else for that matter is too dangerous, go somewhere else or stay at home: it will be your loss. But please think; the spreading of disinformation for amusement or to impress (or why ever people do it) is distressing to the hearers, but more seriously may condemn someone whose life may already be marginal to serious deprivation, to increased poverty and to precisely that despairing rage that makes them more likely to be “radicalised”.

Careless talk costs lives – or at the very least livelihoods. And, since poverty and unemployment are well known to be a major driving force of political and social un-rest there is a danger that this sort of uninformed chitter-chatter becomes a self-fulfilling prophesy.  It is a work of neither peace nor justice.