Each day will involve 4-6 hours of trekking over rough and challenging terrain which may be steep and involve some scrambling. Camels will carry our luggage and supplies. The rewards are breathtaking, with mountain vistas and hidden rock pools, as well as time to relax in verdant bedouin orchards amongst the craggy hillsides. On the way we explore the ancient ruins of Abbas Basha, an old Ottoman palace perched at 2,383m and never completed, bathe in the deep blue pool of Galt el Azraq and we can rest in the many lush mountain orchards where apricots, pomegranates, almonds and mulberries grow. At the end of each day we make camp and watch the sun’s red glow upon the granite peaks that tower above the desert floor. Guides from the Jebeliya bedouin tribe accompany us through this incredible historical landscape and host us around the campfire at night, where we will sleep beneath the stars.

We walk at a steady pace carrying day packs and following established mountain trails, which may be steep and rocky and involve some scrambling at times. This itinerary is only suitable for those with some hillwalking and UK grade 1 scrambling experience. The group will be led by an experienced mountain leader in addition to our Jebeliya guides. Our camels will meet us at our camp each evening with our main baggage and food. Fly to Sharm el Sheikh International Airport. We are met on arrival by our Wind Sand & Stars leader and spend our first night in a hotel on the Gulf of Aqaba.
O/n 4* hotel

In the morning we transfer through the sandstone desert into the mountains, then finalise our kit and provisions before we begin our trek. We head out of St Katherine village at a steady pace and climb up towards the wonderful Abu Jeefa viewpoint, passing old leopard traps on the way. During the descent, you will tread the path built to help with the construction of Abbas Pasha’s palace, sitting atop what is now called Jebel Abbas Basha. Moving along Wadi Tobque and then Wadi Zawateen, through rocky gulleys, past giant boulders and verdant Bedouin gardens, the first couple of days are a wonderful introduction to the ecosystems, sights, and sounds of the high mountains. Some of our route is flexible and can be adjusted to add a greater challenge or take a gentler path. In the evenings we make camp and sit together around the camp fire.

We are now amongst some of the tallest peaks in Sinai and today we can ascend Jebel Abbas Basha (2,383m). The remains of a great palace sit at the summit, built by the Ottoman Pasha and Viceroy of Egypt between 1849-1854 in his quest for a high altitude mountain retreat. The panoramic view from the top of Abbas Basha is one of the finest in the high mountain region. We descend to make our camp in a mountain orchard.
O/n under the stars

Today we make our toughest ascent – that of Jebel Katerina, which is the tallest mountain in Sinai at 2,642 metres. On the summit is a chapel dedicated to St Katherine and legend has it that St Katherine’s body was miraculously transferred to an impassable place upon this majestic summit. According to tradition the holy remains were found here and brought down to St Catherine’s Monastery. The long winding descent into Wadi Arbaeen gives a wonderful ‘other’ perspective of tomorrow’s objective, Jebel Mussa, before you arrive at Ramadan’s Garden for another peaceful night. It is possible you will meet other travellers here and be able to swap stories around the fire.
O/n under the stars

We rise early around 3am in order to climb our final peak, Jebel Mussa, in time for sunrise. Our route up avoids most of the tourist path up, giving us a wonderfully quiet start to the day. There are spectacular panoramic views of the surrounding desert and mountains, which change in colour and glow as the sun hits the red granite. A small chapel and mosque at the summit mark where it said that Moses received the Ten Commandments. With our Jebeliya guide, we have a number of options for our descent, including some rarely-trodden paths past small heritages in caves, and stunning, hard to find viewpoints to eat breakfast at. We arrive St Catherine village for our final night.
O/n Desert Fox Camp, simple accommodation

We depart for Sharm el Sheikh International Airport and, depending on flight times, might stop on the coast for lunch and a swim before our flight home.

Please note all itineraries are subject to change.

Please note a visa is required for this itinerary and can be obtained on arrival in Cairo. If you do not hold a British or EU passport please refer to the Egyptian Consulate www.egyptianconsulate.co.uk/Visas.php for guidance. 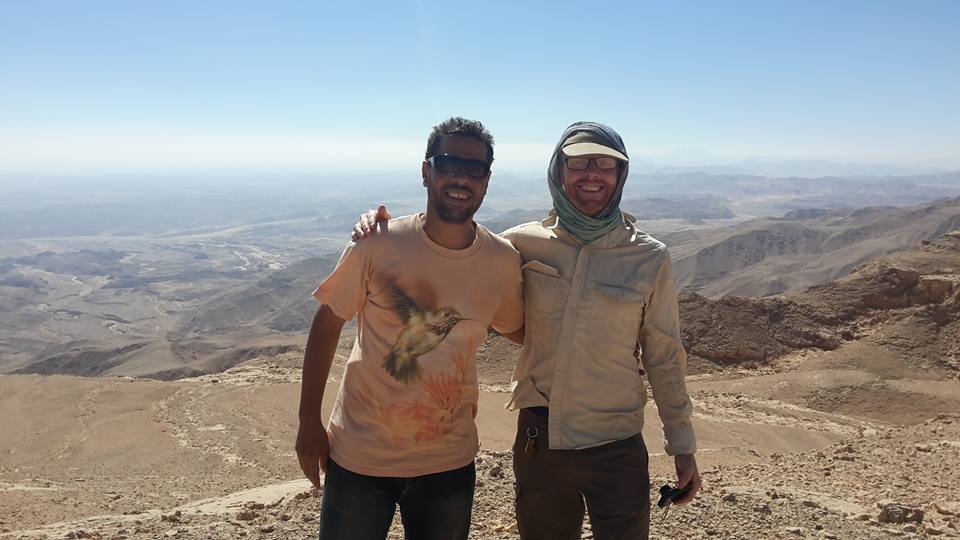